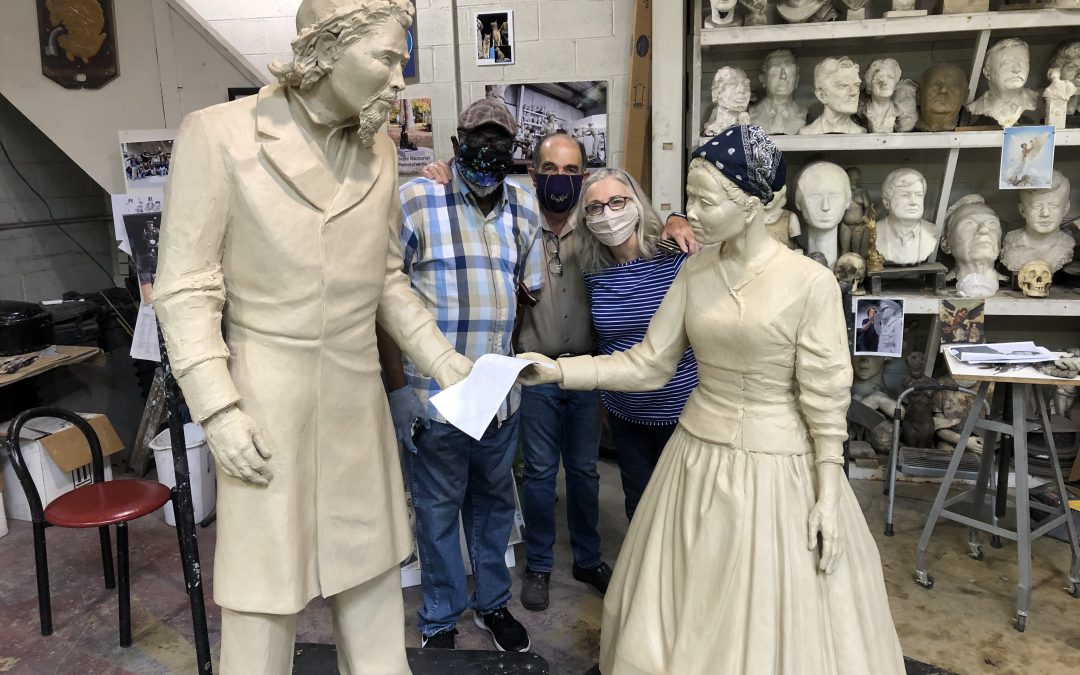 More specifically, ‘The Gathering at the Crossroads’ is a public sculpture project to be completed in 2020 honors the passing of two key constitutional amendments. The fifteenth and the nineteenth.

The 15th Amendment states: “The right of citizens of the United States to vote shall not be denied or abridged by the United States or by any State on account of race, color, or previous condition of servitude.”

The 15th Amendment granting African-American men the right to vote was adopted into the U.S. Constitution in 1870. Despite the amendment, by the late 1870s discriminatory practices were used to prevent blacks from exercising their right to vote, especially in the South. It wasn’t until the Voting Rights Act of 1965 that legal barriers were outlawed at the state and local levels if they denied African-Americans their right to vote under the 15th Amendment.”

The 19th Amendment to the U.S. Constitution granted American women the right to vote, a right known as women’s suffrage, and was ratified on August 18, 1920, ending almost a century of protest. In 1848 the movement for women’s rights launched on a national level with the Seneca Falls Convention organized by Elizabeth Cady Stanton and Lucretia Mott. Following the convention, the demand for the vote became a centerpiece of the women’s rights movement. Stanton and Mott, along with Susan B. Anthony and other activists, raised public awareness and lobbied the government to grant voting rights to women. After a lengthy battle, these groups finally emerged victorious with the passage of the 19th Amendment.

The suite of sculptures include four life-sized figures of notable African Americans who all resided in Harrisburg or had a direct connection.

The figures are arranged in a semi-circle facing an orator’s pedestal. It represents The Old Eighth Ward which was a predominantly African American neighborhood from the late 19th to the early 20th centuries. The pedestal features a sculpted cityscape depicting the streets and notable buildings from the eighth ward. The sides depict bas-relief street scenes of the neighborhood and include the names of 100 notable residents.

A full eight page article written by artist Becky Ault can be found in book: Pennsylvania History, A Journal of Mid-Atlantic Studies, Volume 87 Number 1. Available for purchased from The Johns Hopkins University Press.